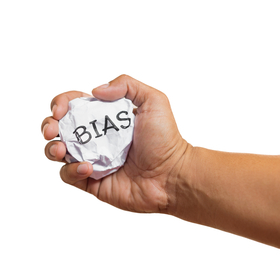 In an ideal world, leaders would keep any biases or preconceived notions from clouding an organization’s big picture. Unfortunately, that’s not always the case, as evidenced by recent news out of Tokyo Medical University.

Japanese media found that the school intentionally lowered the test scores of its female applicants to decrease the number of women it admitted. The university called the act a “necessary evil,” claiming that those women would likely leave the workforce once they decided to start having children, which could leave hospitals short-staffed during critical junctures.

Leadership’s justification for the move is teeming in antiquated thinking that can harm an organization’s long-term success: Companies that employ more inclusive practices and diverse voices outperform their counterparts, a McKinsey study found. These companies acquire better talent, better satisfy their customers, and are better problem-solvers – three traits that point to long-term business success.

Company leaders find themselves having to confront hard truths all the time. Acknowledging bias is one of those hard truths, but it’s one that leaders must open themselves up to in order to help their companies realize their true potential.

Recognize bias when you see it

For leaders to see their own blind spots, they first need to understand which kinds of biases – conscious or unconscious – they’re most susceptible to and the effects each can have.

There’s emotion-based bias, which can distract and divide team members who are working toward a common mission. And there’s personal bias, which causes leaders to put their own agendas ahead of a team’s best interests. Each bias can narrow the scope through which leaders view problems and can be detrimental to a brand’s future.

Identifying and removing those biases opens the lines of communication within an organization and allows problems to be observed from multiple perspectives. Leaders who want to get past those biases should put the following three strategies into action.

1. Understand the personalities you’re dealing with.

Seventy percent of employees surveyed in Officevibe’s State of Employment Engagement study said they’d like to spend more time with their managers. Leaders who openly communicate and relate to employees can be transparent and accessible in a way that breaks down any latent biases or issues.

I’ve practiced this in my nonprofit work by reminding myself that organizations don’t belong to a sole person; rather, they are often made to serve a community. Thus, I try to keep my employees’ thoughts in mind when making decisions so those choices can reflect the community and serve the best interests of all involved, from employees to clients.

Leaders who want to bridge any communication gaps and build a more open work environment should use tactics like inclusive listening and speaking. Speak and listen in less definitive terms, affirm everyone’s individual contribution to the conversation, and listen for values and feelings. Being receptive and available to employees can open leaders’ eyes to potential biases and put them on the path to rectifying them.

Coming into a discussion about bias on the defensive is a surefire way to prevent a constructive conversation. Instead, approach with a positive and open mindset. Your team will appreciate your productive and introspective viewpoint and better recognize the effort you’re making to overcome any prejudice.

I try to put myself in others’ shoes when having touchy conversations and to keep an open mind. When making a decision or judging team members’ decisions, it is helpful to think from their perspective. Have empathy, and evaluate the decision from their points of view and how it might impact them.

By opening a positive discussion with your team, you can start to see any biased beliefs you and they may hold. From there, you can identify gaps in your employee base and take the steps to better fill in those holes for a well-rounded and forward-moving organization.

According to an American Psychological Association survey, nearly 25 percent of employees don’t trust their employers. When acknowledging bias, think about how it helps the bottom line, and communicate that information to your staff.

Have ongoing discussions with your employees. After you’ve defined this new mission and vision, look for opportunities for regular check-ins with your staff members to encourage feedback and allow them to see forward movement.

Leaders of all experience levels have biases and blind spots – they’re bound to creep in. But it’s ultimately the responsibility of a leader to figure out how to navigate those biases. Recognize what biases you might have and how they could be hindering your business’s success. By taking ownership of bias from a high-ranking position, you ensure that the positive results will trickle down and enrich every other level of your company.